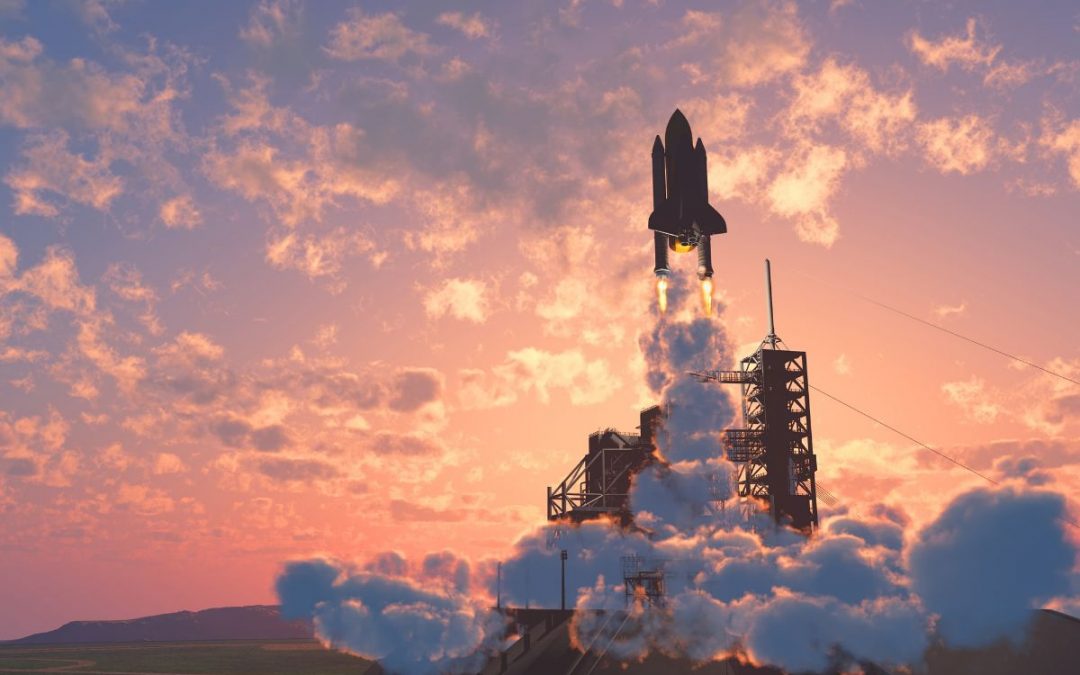 Along with our technology, the space industry is now also entering into a new era of innovation and advancement.

During the Cold War, only international superpowers, such as the US and the USSR, had the available resources to fund the Space Race, which was fueled mainly by global tensions at the time and saw both countries racing to achieve military and technological supremacy.

But today, with the decreasing price of new technologies, space flight has become more accessible than ever before.

In fact, we’re now seeing a whole slew of privately-owned space companies, such as SpaceX, launch their own satellites, fly missions to the ISS (International Space Station), and some companies are even starting to offer zero-gravity spaceflights to private citizens.

There are currently 72 countries around the world with their own national space agencies, out of which, NASA (USA), Roscosmos (Russia), and the European Space Agency (ESA) are the most notable.

But ever since NASA’s Space Shuttle program was laid to rest, Roscosmos is the only space agency still launching astronauts into orbit. In other words, all other space agencies are now relying on Roscosmos for transport into space.

This has left a major opening for private contractors to step in and join the Space Race.

And why wouldn’t they?

With all other national agencies out of the picture, the growing demand for extra-orbital spaceflight represents a huge, and virtually untouched market for private companies to monopolize.

Companies such as SpaceX and Blue Origin have jumped at the chance to dominate.

SpaceX, for example, has already started securing contracts with NASA and other space agencies to provide supply missions and crew services to the ISS.

Meanwhile, many other large aerospace companies have been at it for decades.

Namely Northrop Grumman, Lockheed Martin, and Boeing, all of which have the resources and extensive years of experience to continuously develop cutting-edge technology for space exploration.

In the following article, we’re going to go over some of the biggest public and private space companies in the world today. Known as the first space agency to land a man on the Moon, NASA has been around since 1958 and boasts a long list of successfully achieved space missions, including its impressive, yet now defunct, Space Shuttle Program.

As it stands, NASA has already made its claim on the moon. So now, they’re turning their sights to Mars, and then even further, beyond the solar system.

The well-known space agency is currently in the process of getting ready to launch its next Mars rover to add to its already existing fleet of robotic explorers. And at the same time, they’re also looking at sending humans out into the solar system.

According to NASA, they’re planning on using the Orion spacecraft to send astronauts back to the moon within the next decade. From there, they’ll begin building and testing space launch systems for even more challenging manned-missions, such as Mars and deep space. Prototype Models of Rockets by Roscosmos displayed in Berlin 2012

Next up on our list, we have Roscosmos, NASA’s Russian counterpart.

Although NASA was the first space agency to land a man on the moon, Russia’s space agency has also managed to rack up a few world firsts, including being the first to send a human into extra-terrestrial orbit.

Today, Roscosmos is still very much involved in space exploration and as I’ve already mentioned, they’re currently the only space agency that launches astronauts into orbit.

So to get their astronauts into space, all other agencies need to purchase seats onboard Russian spacecraft, at the staggering cost of about $82 million per person.

While this is great for Roscosmos, it’s also the reason that private companies like SpaceX have been able to secure contracts with other leading space agencies.

Having only been founded in 1975, the ESA has had a bit of a late start when it comes to space exploration. However, they are still one of the largest, top three contributors to research and development on board the International Space Station (ISS).

With 22 member states and an astronaut class called the “Shenanigans”, the ESA only launched their first man into space in 2013.

But that doesn’t mean their technology hasn’t been up there, making significant advancements in science and space exploration.

In fact, the ESA already has several satellite programs, working to explore the Blue Planet as much as possible.

And in addition to this, other major missions include the Mars Express, a satellite currently in orbit around Mars, and Rosetta, which is currently orbiting a large comet named Comet 67/P/Churyumov-Gerasimenko.

Of course, there are many other space agencies that could have made the list. But NASA, Roscosmos, and the ESA are the clear leaders when it comes to public corporations in space.

Next, we dive into some of the leading private companies that are in the process of taking the Space Race to the next level.

Founded in 2000 by Jeff Bezos, the founder of Amazon.com, Blue Origin’s main goal is to make spaceflight more accessible to private citizens.

Although they haven’t quite achieved the same kind of popularity as SpaceX, Blue Origin is no less active in space exploration and development.

Similar to SpaceX’s Falcon 9 rocket, the company has recently developed a type of reusable rocket they’ve named the New Shepherd.

Rather than military or scientific research, Blue Origin wants to make its name synonymous with space tourism and travel, which could become a booming market in the near future.

The company’s most recent announcement was of a lunar lander that’s been in the development phase for more than 3 years.

Although we don’t have very many details about this new mission other than the fact that it is called Blue Moon, its launch date mysteriously coincides with NASA’s recently announced objective of returning to the moon before 2030. Arguably the best-known private space company in the world, SpaceX has continuously dominated the private space sector through the development of new technologies, as well as the ensuing hype.

Founded by Elon Musk in 2002, the company was first launched with the goal of colonizing Mars. And according to Musk, he believes SpaceX could be sending humans to Mars as early as 2024.

However, before launching to Mars, SpaceX plans on testing their rockets and life-support system in lunar orbit first. Prototype of the Starship by SpaceX

Another one of SpaceX’s notable achievements is that they were the first privately-owned commercial company to launch a supply mission to the International Space Station. And on top of this, they also hold a contract with NASA to carry humans to the ISS in the coming years.

SpaceX is mostly known for the development of its Falcon 9 rocket, which successfully launched into orbit, reentered, and then landed vertically in 2015.

The company has since designed and built another rocket known as the Falcon Heavy.

And they’re currently in the process of building their Big Falcon or Starship rocket, which will be the world’s largest rocket ever built. The ship is designed to be capable of launching fully-manned missions to Mars.

Founded by Richard Branson in 2004, Virgin Galactic is another private company that plans to dominate the space tourism industry.

The company’s original goal was to fly private individuals into space on a maiden voyage in 2009. However, various setbacks continue to prevent this from happening, including the death of their pilot during a test flight that crashed in 2014.

Since then, in 2018, Virgin Galactic has successfully managed to launch a manned-flight to almost 56 miles into the atmosphere.

Ever since TV shows such as The Jetsons hit the airwaves in 1962, space travel has been a dream of almost every man, woman, and child on this planet.

The stars and cosmos represent the final frontier of human exploration.

We’ve already explored our entire home planet, so turning our sights to bigger, more mysterious destinations seems like the only appropriate thing to do.

And while major national agencies have been at it for nearly half a century, recent scientific advancements are making it easier for private companies to join in on the Space Race as well.

And they certainly are giving national agencies like NASA and Roscosmos a run for their money.

So today, thanks to companies like Blue Origin and SpaceX, the future of space exploration is beginning to feel more tangible than ever before. And with this, the next decade could be an extremely exciting and prosperous time for space travel.