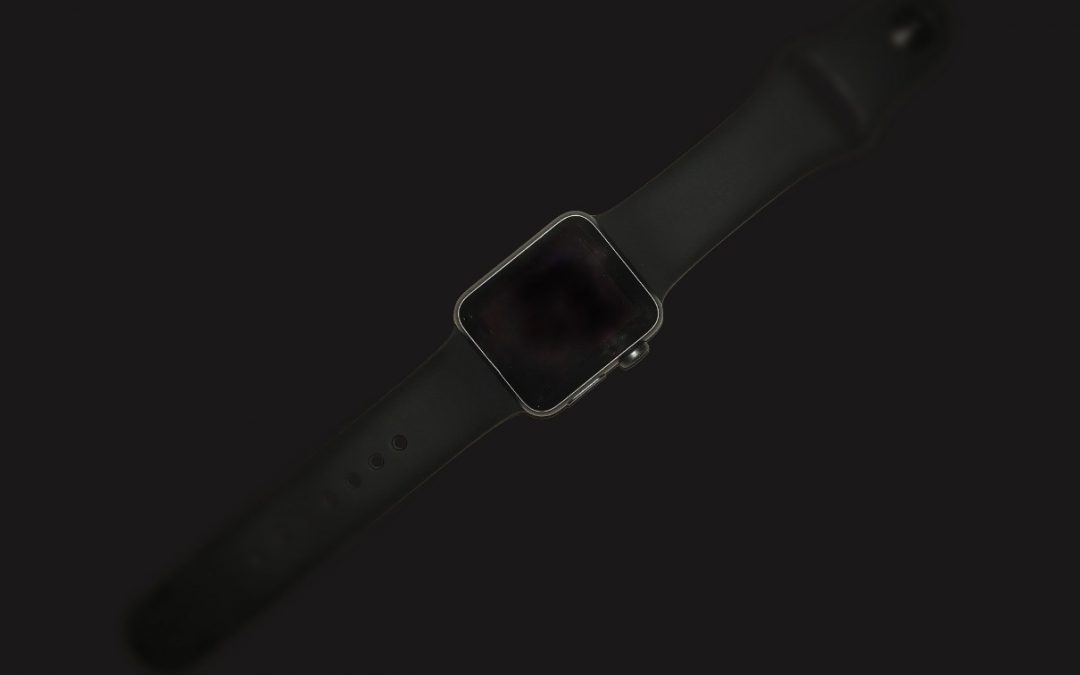 While things like laptops and smartphones have been very progressive advancements in the field of technology, wearables or wearable devices, are currently at the forefront of technological advancement.

Typically, these tiny devices come in the form of accessories that can be worn, such as a wrist watch or a pair of eyeglasses.

But instead of only performing their traditional tasks (telling the time or helping you see better), wearable technology also provides its user with additional capabilities such as being able to connect to Wi-Fi or having Bluetooth compatibility.

Today, wearable technology have gone even further than performing simple computing tasks and are now able to provide their users with even more sophisticated features such as tracking biological functions, monitoring health, and even generating small amounts of electricity.

Needless to say, this type of technology could provide a whole host of benefits to humans, especially when it comes to the fields of health, fitness, and education.

It might come as a surprise, but the idea of wearable technology isn’t new.

In fact, it’s been around for quite some time. The issue is that it’s implementation and adoption has simply not been as successful as other types of technology due to some of the challenges that it’s currently facing.

In the following article, we’re going to take a look at the history of wearable technology, the different types of tech that are currently being developed, as well as what we should expect to see in the future of wearable tech.

The History of Wearable Technology

Though they may not seem like the most advanced piece of technology, eyeglasses were, in fact, one of the very first types of wearable tech.

Records estimate that eyeglasses were first created and used around the end of the 13th century and likely originated somewhere in Italy.

After eyeglasses, time-telling devices were the next advancement in wearable tech.

Records show that watches first came into production around the 16th century and were initially worn around a person’s neck. Eventually, people started carrying them in their pockets, which led to the creation of the infamous pocket watch.

Finally, about a hundred years later, wristwatches came into vogue and were mainly worn by women who’s clothing weren’t usually tailored with pockets.

After that, wearable technology pretty much stood still until the end of the 19th century. At this time, things such as hearing aids were made electronic and started being used more commonly.

Next came heart rate monitors, which consisted of a large box and a set of electrodes that were connected to a person’s chest. Eventually, in 1977, Polar Electro created the first wireless EKG heart rate monitor, which was meant to be used by the Finnish National Cross Country Ski Team as a training aid.

Then in the 1980s, the first calculator watch was introduced. This represented the first piece of modern wearable technology that was more akin to a wearable computer, which until then, had only been a science-fiction fantasy.

Fast forward another three decades to 2009 and the release of Fitbit’s Classic smartwatch ushered in a new era of wearable technology.

So now, without further ado, let’s dive in and take a look at the different types of wearable technology that are currently being used and developed.

When you mention wearable technology, smartwatches are likely one of the first types of tech that spring into most people’s minds.

These devices are worn much like a regular wrist watch; however, they have the ability to connect to a user’s smartphone via Bluetooth and notify them about phone calls, text messages, emails, and social media.

Furthermore, many smartwatches have the capability to monitor and track the user’s heart rate or other fitness metrics such as the number of steps taken throughout the day, or the number of calories burned.

These features can help users achieve certain fitness goals or simply keep an eye on their health.

The Future of Smartwatches

Companies like Fitbit, Apple, and Samsung are some of the leading names in the industry and are just beginning to discover the true potential of this type of technology.

When it comes to smartwatches, the boundaries of the tech have still not been reached. In fact, some companies are now releasing mobile applications that can be used in conjunction with smartwatches to monitor weather, pollution, and even UV rays.

Needless to say, we should expect to smartwatches adorned on an increasing number of wrists in the coming years.

Read more about the future of smartwatches here: https://www.wareable.com/smartwatches/future-of-smartwatches-health-design-features-6440

Our next category includes pieces of clothing that are specifically made with electronic capabilities. In most cases, these garments are created using extremely conductive silver-coated fibers, which have the ability to act in a variety of ways.

For example, they can be used to stream real-time data from the garment to a person’s smartphone. Or, in other applications, pieces of smart clothing are even being developed, which can use a person’s body temperature to generate small amounts of electricity to power personal devices.

The Future of Smart Clothing

Sensoria Inc is a leading name in the field of wearable tech and have recently released their Sensoria Fitness Socks, which can be used to track the details of a person’s run or other type of physical activity.

Other possible applications of smart clothing include garments that have the ability to measure the outside temperature and then adjust their own temperature accordingly.

For example, a piece of smart clothing could be able to sense when it’s cold outside, and then automatically generate heat to help keep its user warm.

Elsewhere, there are many big names in the fashion industry that are currently looking at creating smart clothing with the ability to monitor metrics such as heart rate, stress levels, breathing, etc., similar to the way that products such as a Fitbit smartwatch work. Another extremely innovative, and if you ask me, very cool, piece of wearable technology is known as the head-mounted display. These devices are used to deliver data and information directly into the eyes of the person using the tech.

Head-mounted displays can be further divided into two separate categories:

Learn about one potential application of Google Glass here: https://www.dailymail.co.uk/health/article-6847895/Google-Glass-help-autistic-children-understand-facial-expressions-new-study-says.html

The Future of Head-Mounted Displays

When it comes to head-mounted displays, the possibilities are practically endless. In fact, this type of technology might closely resemble something out of a science-fiction movie when pushed to its limits.

For example, head-mounted displays could be developed that could improve a person’s vision.

Not only for those that have a visual deficiency, but even for people who have proper vision, head-mounted displays could be used to increase their field of vision, allowing them to see in HD or possibly in other types of light spectrums such as ultraviolet.

I believe that head-mounted displays are some of the most promising types of wearable tech. That is, so long as companies like Google continue to push the boundaries of the technology and their main competitors (Vuzix, Oculus, and Sony) keep moving forward as well.

However, one thing that Google already has, and their competitors lack, is a solid platform with which they can anchor their technology.

For example, Google could easily create a new head-mounted display that has the Google search engines integrated into them, which would allow users to easily access information from the internet and have it displayed directly in front of their eyes.

On its own, head-mounted displays are an extremely interesting idea, but when tied to other things such as social networks, maps, or video conferencing capabilities, the tech truly becomes a useful product that could add a huge amount of convenience to our daily lives.

As you’ve likely guessed by their name, our next category covers devices that can be surgically implanted below the skin and carried with a person no matter where they go.

These tiny devices can be used for a variety of different reasons, such as storing information (ID, health records, banking information, etc.) or for more practical reasons such as improving a person’s health, much like a pacemaker or a defibrillator.

The Future of Implantable Tech

As it stands, most implantable smart devices are used to treat medical conditions. However, there are also dozens of other reasons a persons might want or need an implantable device put into their body.

In fact, some of the more innovative names in the industry are even looking at using implantable devices for birth-control or as bio-sensors to help monitor a person’s health.

There are also ideas floating around in the industry that microchips could be implanted and used to allow people to store their medical information. This could be a significant help in the event of an emergency when first responders arrive at an accident scene and find a victim unconscious.

With an implanted microchip, first responders could easily scan the person and instantly, they’d be able to learn about who the person is, as well as whether or not they have any important medical conditions such as allergies to certain medications.

Learn more about the pros and cons of human microchipping.

The Challenges of Wearable Technology in 2019

While wearable technology has come a long way since the first pair of eyeglasses were created more than 700 years ago, the boundaries of the technology have still barely been touched.

In fact, there are still many challenges that lie ahead of wearable technology being adopted on a more widespread level.

For example, many of these smart device posses a major weakness in the fact that they are limited in the amount of information or data that they can generate and interpret.

However, once innovators and developers are able to overcome this challenge and create wearable devices that are able to generate and interpret their own data, it’s likely that we’ll see wearable tech being adopted almost everywhere in the world.

Another major challenge that wearable tech will have to overcome isn’t the technology itself, but the fear people have of being too connected to their devices.

Let’s put it this way, several decades ago, people didn’t even have laptops or smartphones. Then, when these technologies were first released, many people feared them simply because they did not fully understand them.

Furthermore, many people want to avoid being too connected and fear that these types of devices could be used for malicious purposes such as tracking them and gathering massive amounts of data without their consent.

The Future of Wearable Tech

While it’s true that these devices could be used for malicious purposes, most developers and manufacturers aren’t developing this type of technology for their own needs.

In fact, they don’t really care where you take your runs or how fast your heart is beating. Their main concern is creating technology that benefits and makes life more convenient to the users.

And with that said, I truly believe that in the coming years, we’ll be seeing an increasing number of wearable devices at the forefront of technology because of the convenience they could add to our daily lives.